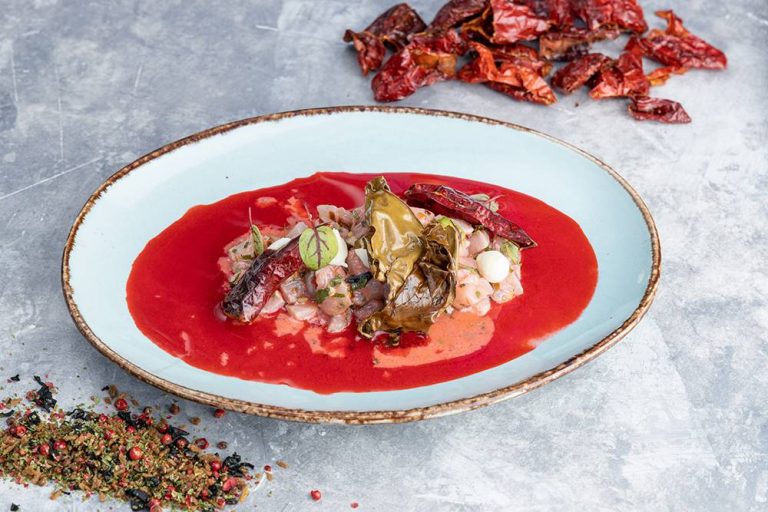 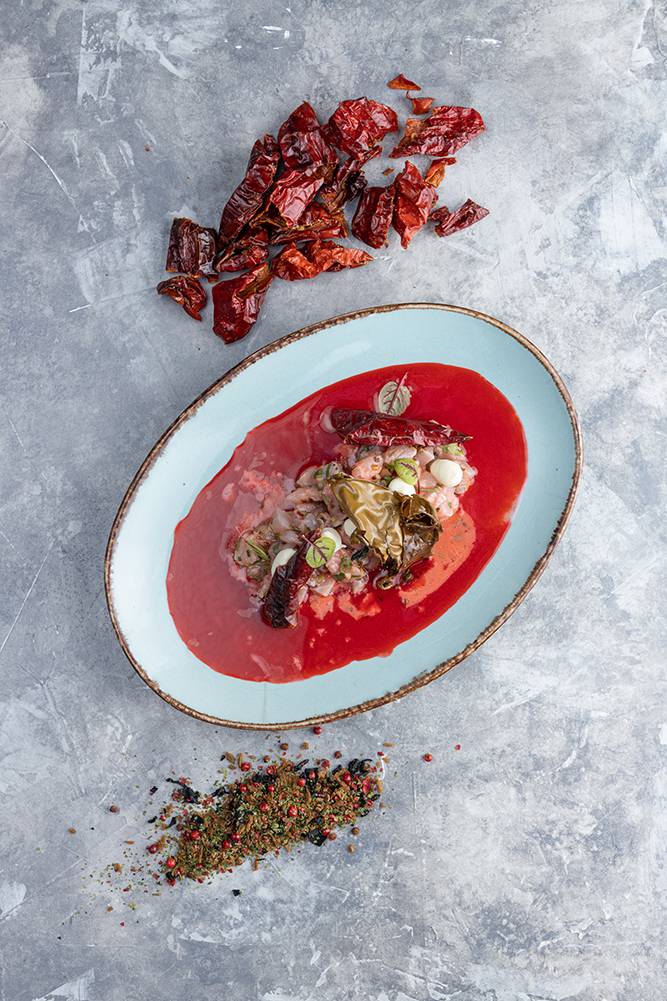 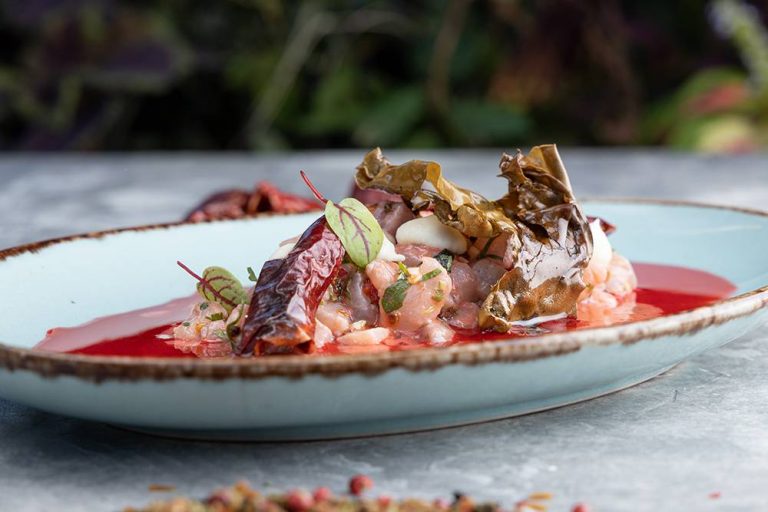 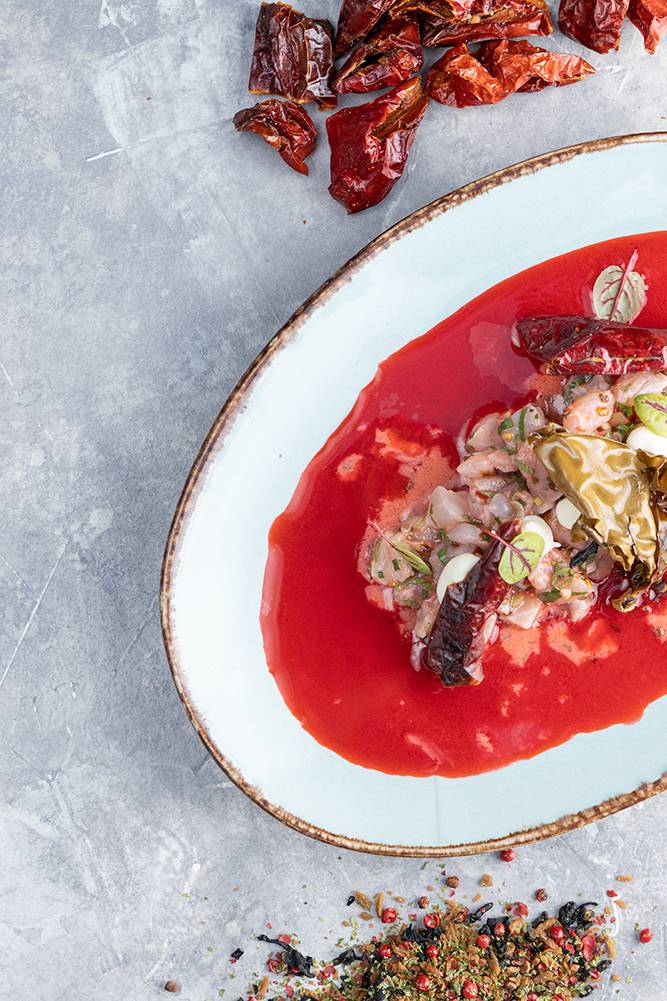 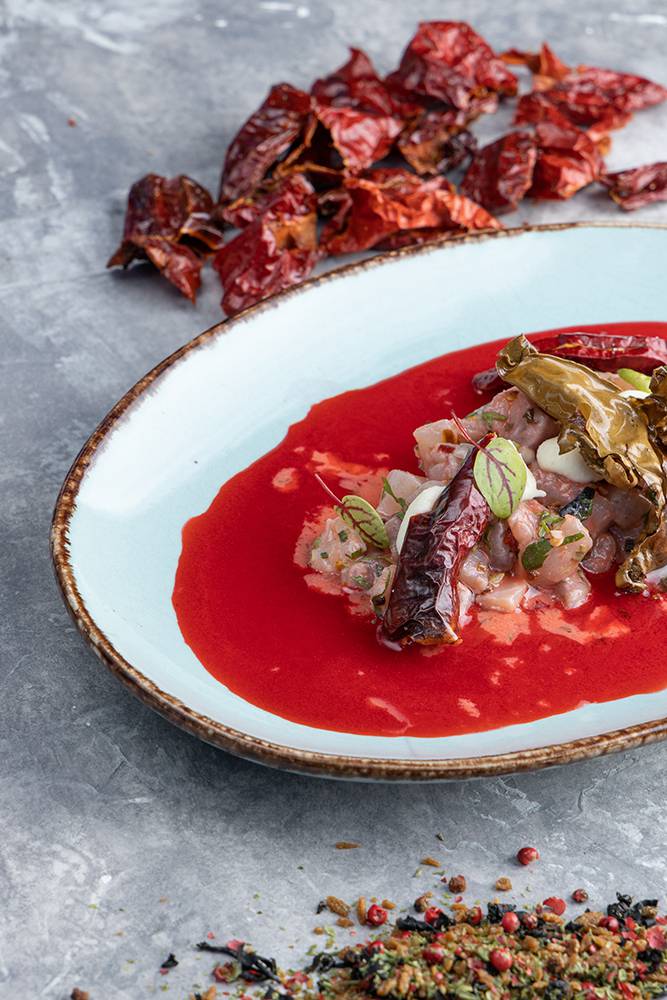 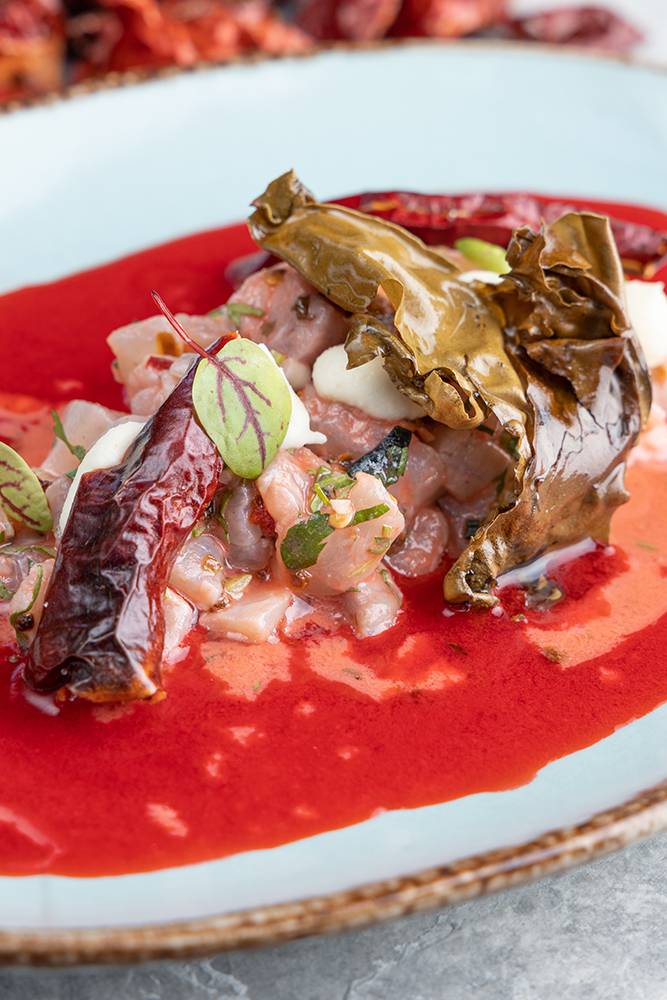 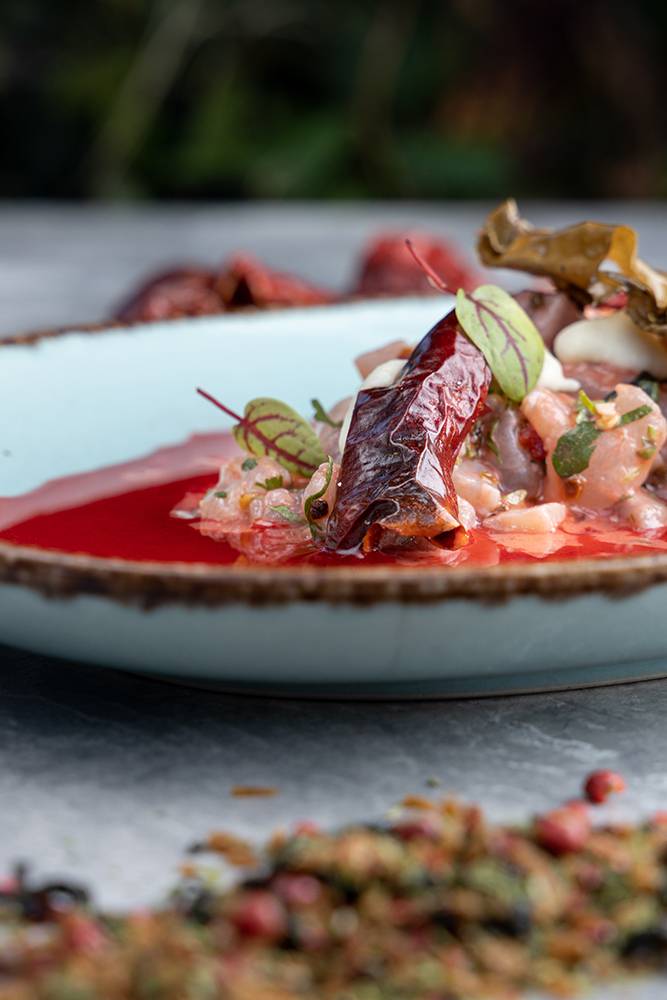 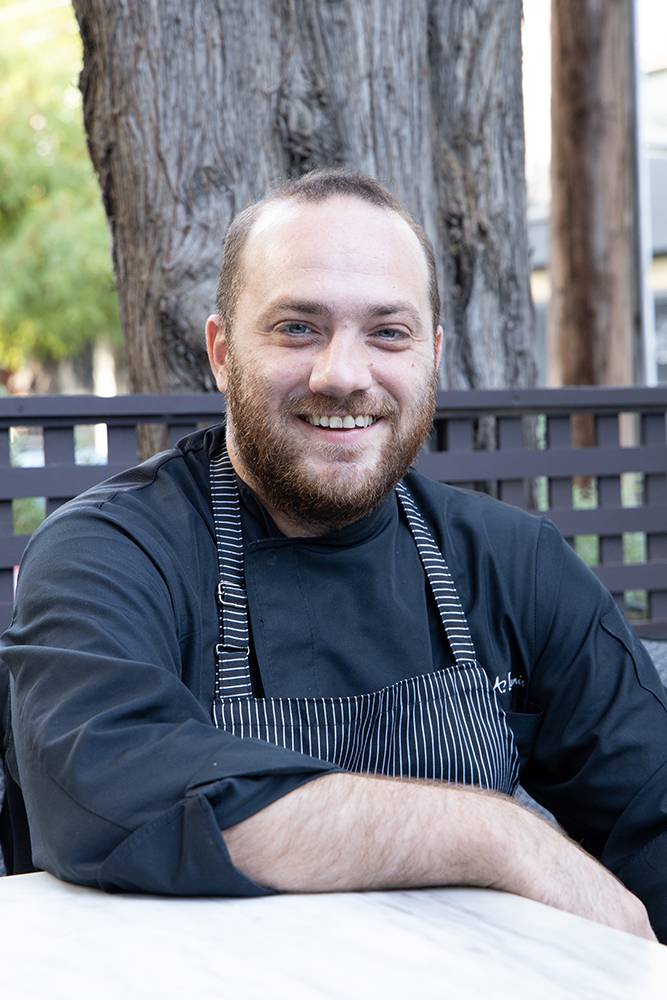 **A few comments about the name of the dish. The name comes from an international recognized technical language “Esperanto” that is based on Romantic languages. Like the Esperanto language, Ceviche has gained an international recognition.Τhe translation of the dish is red sea and if you take a look at the pictures you will understand the reason why. The first reason is the prevalence of the red color. The second reason is its high salt content, as in the red sea we can float on its surface due to the salt.

Special credits to El Jiron restaurant for their hospitality.

In 2018 he worked in the Peruvian restaurant with the Latin American influences, El Jiron.